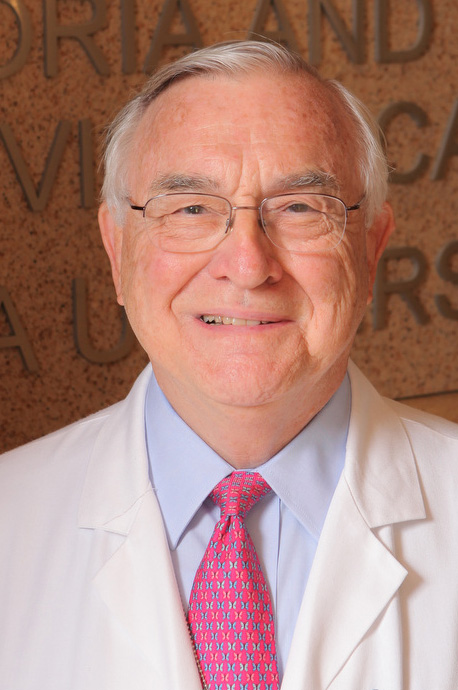 D. Jackson Coleman, M.D., F.A.C.S., F.A.R.V.O is an internationally renowned vitreoretinal surgeon and researcher. His clinical interests include disorders of the retina and ophthalmic ultrasound.

After completing his residency at the Edward S. Harkness Eye Institute, Dr. Coleman remained on staff at Columbia Presbyterian Medical Center until 1979, when he was appointed Chairman of the Ophthalmology Department at The New York Hospital and John Milton McLean Professor of Ophthalmology at Cornell University Medical College. While there, Dr. Coleman established the Margaret M. Dyson Vision Research Institute, which greatly expanded research capabilities at Cornell. He served as President of the Medical Board from 1991-1992, and 1994-1997. Dr. Coleman has served as Surgeon Director of Manhattan Eye, Ear & Throat Hospital, Senior Research Physician at Riverside Research Institute in New York City and consultant at Memorial Sloan-Kettering Cancer Center. Dr. Coleman stepped down as Chairman in 2006 and remained at Weill Cornell as John Milton McLean Professor and Chairman Emeritus until returning to Harkness Eye Institute at Columbia University Medical Center in 2012 where he is Professor of Ophthalmology.

Dr. Coleman's strong interest in physics led him to the forefront of developing new ultrasound technologies to examine and treat the eye. Together with Frederic L. Lizzi, EngScD, he created the first commercially available B-scan ultrasound equipment for the eye. His numerous patents include those for an ultrasonically vibrated surgical knife and ultrasonic diagnostic and therapeutic transducer assembly and method of use, a system of therapeutic ultrasound and real-time ultrasonic scanning, and an ultrasound system for corneal biometry.

Dr. Coleman has been an officer of every major ultrasound medical society throughout the world, including the American Institute of Ultrasound in Medicine, the Societas Internationalis de Diagnostic Ultrasonica in Ophthalmologia and the World Federation for Ultrasound in Medicine and Biology, Inc. He is past President of the American Retina Society and Past President of Club Jules Gonin, the International Retina Society. Dr. Coleman has authored over 200 peer-reviewed papers and numerous chapters in ophthalmology textbooks and has recently published the second edition of his seminal text, Ultrasonography of the Eye and Orbit. He has specialized in vitreoretinal surgery and has had a career long interest in imaging research.

Dr. Coleman's pioneering surgical techniques include the first vitreoretinal surgery in New York and, using the ultrasound that he developed, demonstrated that operating at an earlier stage in ocular trauma could vastly improve the patient's prognosis for recovery. For his research he has received many prestigious awards including the Mildred Weisenfeld Award for Excellence in Ophthalmology from the Association for Research in Vision and Ophthalmology, the Herman Wacker Award of Club Jules Gonin, the Award of Merit in Retinal Research from the Retina Society and an honorary degree from the University of Ferrara in Ferrara, Italy. Additionally, Dr. Coleman was the 2001 recipient of the Greenberg Award of NewYork-Presbyterian Hospital/Weill Medical College.

2010 Sir Harold Ridley Distinguished Visiting Professorship for Creativity and Innovation in Medicine and Ophthalmology, awarded at University of Tennessee

1999 The Visions Award for Services for the Blind and Visually Impaired, presented in New York, NY

1999 The Helen Keller Services for the Blind Award, presented in New York, NY

1997 The Joseph H. Holmes Clinical Pioneer Award, presented at the American Institute of Ultrasound in Medicine.

1995 Award of Merit in Retina Research, awarded at the 28th Annual Meeting of the Retina Society

1996 The Mildred Weisenfeld Award for excellence in Ophthalmology, awarded at The Association for Research in Vision and Ophthalmology meeting