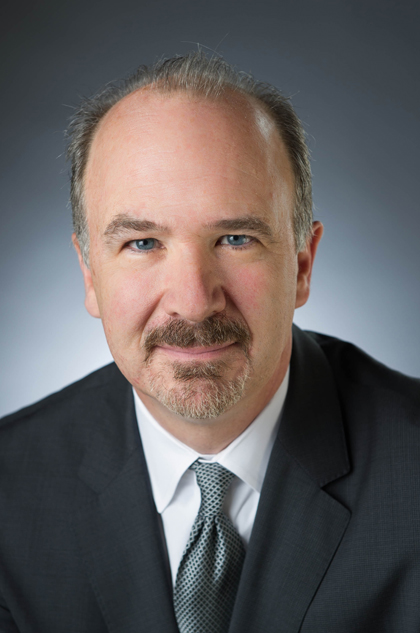 Dr. George A. (Jack) Cioffi is an internationally recognized glaucoma scientist and clinician and is the Edward S. Harkness Chairman and Ophthalmologist-in-Chief of the Department of Ophthalmology at NewYork-Presbyterian Hospital/Columbia University Medical Center. Dr. Cioffi presently holds the Jean and Richard Deems Professorship at Columbia University and formerly held the Richard Chenoweth Chair of Ophthalmology at the Devers Eye Institute. He was also the Chief Medical Officer and Senior Vice President at Legacy Health System in Portland, Oregon. He received his medical degree at the University of South Carolina, completed a residency in ophthalmology at the University of Maryland, and a fellowship in Research and Clinical Glaucoma at Devers Eye Institute under Dr. E. Michael Van Buskirk. More recently, he completed the inaugural Harvard Business School program in Managing Healthcare Delivery.

Editor-in-Chief of the Journal of Glaucoma, Dr. Cioffi is also the is the current Chairman of the Basic and Clinical Science Course (BCSC) for the American Academy of Ophthalmology (AAO). He is the Chairman of the Scientific Advisory Committee for the Glaucoma Research Foundation in San Francisco. He is a past President of the Oregon Academy of Ophthalmology and has served as a member of the FDA Ophthalmology/Dermatology Advisory Committee for drug approval. He also served on the Board of Directors for the Foundation for Medical Excellence and was selected by the Governor John Kitzhaber to serve on the Oregon Health Policy Board’s Outcomes and Quality taskforce.

Dr. Cioffi has been supported with multiple grants from the National Eye Institute, continuously for 18 years, as well as several private foundation and industry grants. He has authored more than 200 articles and book chapters and edited a book for non-ophthalmologists, The Devers Manual: Ophthalmology for the Healthcare Professional. He has received many awards throughout his career, including being selected to Phi Beta Kappa at the University of Vermont, being continuously included in The Best Doctors in America since 2002, a Senior Achievement Award in 2005 and Secretariat Award in 2012 both from the AAO, and the Innovators Award from the Glaucoma Research Foundation also in 2012. He has presented more than 100 invited lectures and visiting professorships at institutions around the world, including multiple named lectureships.

He has mentored more than 30 clinical and post-doctoral fellows over his career. These clinicians and scientists are now at academic institutions and in practices around the U.S., Canada, Europe, Asia, and Australia.