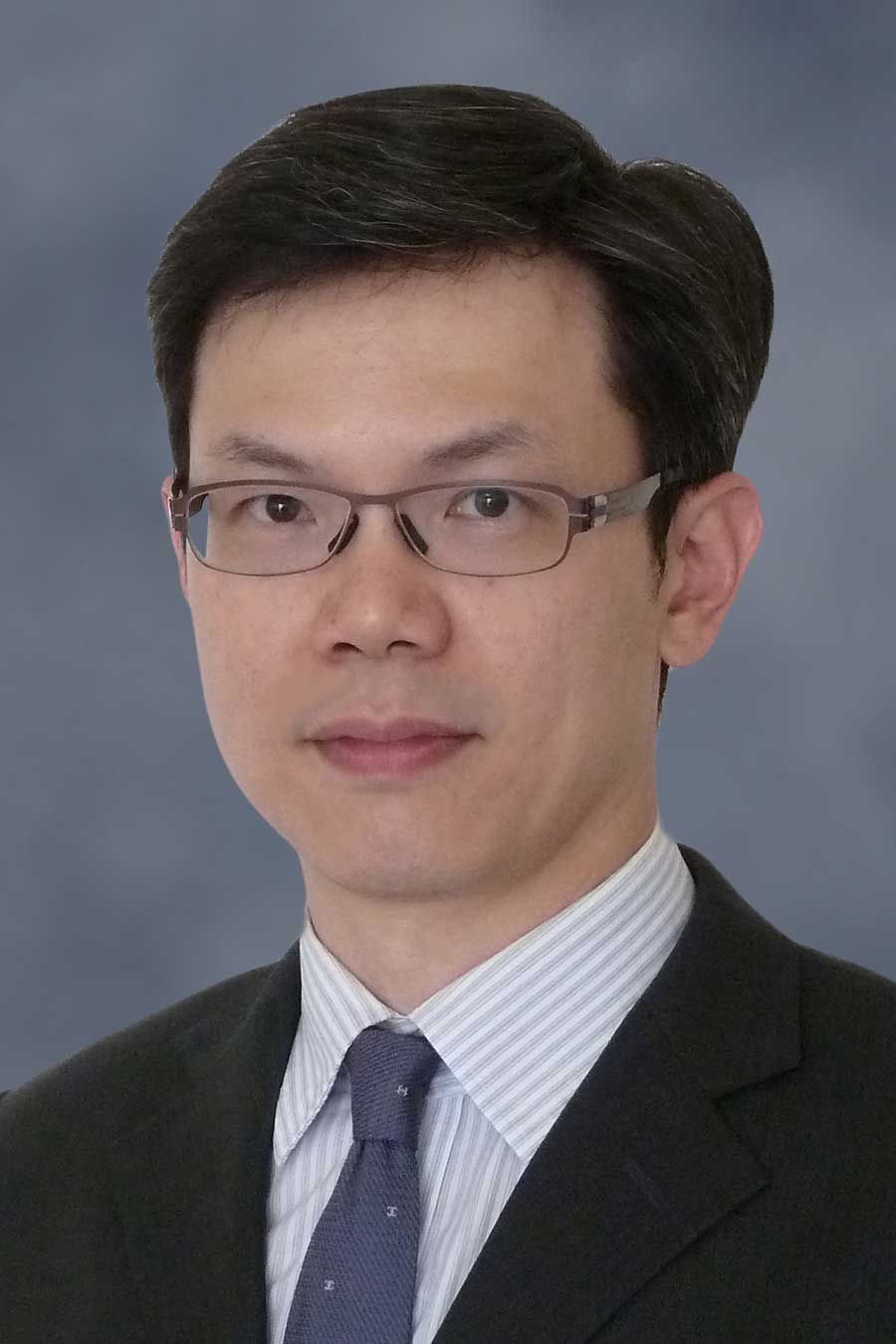 Nan-Kai Wang, MD, PhD, is Assistant Professor of Ophthalmic Sciences (in Ophthalmology). His research interest focuses on mitochondria function, which is involved in cellular metabolism and apoptosis. His overall research goal is to develop therapies for retinitis pigmentosa and retinal ganglion cell (RGC) degeneration through mitochondrial reprogramming.

Dr. Wang received his M.D. at National Taiwan University. After completing his residency in Ophthalmology and vitreoretinal fellowship at Chang Gung Memorial Hospital in Taiwan, Dr. Wang was invited to join as a faculty member of the Vitreoretinal team in the same institute, where he established himself as an independent physician-scientist.

Dr. Wang first came to Columbia University as a postdoctoral fellow under Stephen H. Tsang, M.D., Ph.D. During his two-year fellowship (2007-2009), he became an expert in the field of genetics, inherited retinal dystrophies, mouse and human electrophysiology, and embryonic stem cells. Dr. Wang first reported functional rescue in a mouse model of retinitis pigmentosa using differentiated mouse embryonic stem cells before the era of induced pluripotent stem cells. He also discovered that macrophages, not retinal pigment epithelium (RPE), contribute to fundus autofluorescence (AF) in patients and mice with NR2E3 mutations, which significantly advanced our understanding of the origin of fundus AF in retina degeneration. Upon completing his fellowship with Dr. Tsang, he returned to Taiwan to earn his Ph.D. in Cell and Molecular Biology at National Taiwan University. After obtaining his Ph.D., he worked as an independent physician-scientist, serving a high volume of patients with high myopia, inherited retinal dystrophy, age-related macular degeneration, diabetic retinopathy, retinopathy of prematurity, and surgical and medical retinal diseases. He also conducted projects in genetics in hereditary retinal dystrophies, juvenile onset-diabetes, and myopia, funded by several grants in Taiwan. In recognition of his productivity and the importance of his work, Dr. Wang received an accelerated advancement to the rank of Associate Professor in Taiwan. On an international level, Dr. Wang has elected as active member of the Macula Society in 2014.

In clinical myopia research, Dr. Wang was the first to propose using choroidal thickness to classify myopic maculopathy in 2012. He found that macular choroidal thickness is a better indicator of dry type myopic maculopathy than refractive error and axial length. He also found that choroidal thickness, together with other spectral domain optical coherence tomography (SD-OCT) measurements and near-infrared re?ectance, could be employed clinically to predict the development of “lacquer cracks”, which are a crucial step before myopic choroidal neovascularization and patchy chorioretinal atrophy in patients with high myopia. In addition, he was the first to report “age-related staphyloma”, a novel disease entity characterized by decreasing choroid thickness, decreased ellipsoid zone reflectivity seen in SD-OCT scans, and lateral protrusions seen in 3D-MRI scans. Patients with these conditions tend to be older in their age; however, they do not fit the criteria for pathologic myopia with respect to excessive axial length or refractive error values.

In juvenile onset diabetes research, Dr. Wang was the principal investigator of Chang Gung Juvenile Diabetes Eye Study (CGJDES), a clinical cohort study that includes more than 400 patients with juvenile onset diabetes. From this CGJDES cohort study, he and his group identified several risk factors of developing retinopathy and nephropathy in patients with juvenile-onset type 1 diabetes (T1DM). Dr. Wang also established an “individualized risk-prediction” model to assist the screening of non-proliferative diabetic retinopathy (NPDR) in T1DM. Specifically, he published the first study to use a nomogram to predict the risks of NPDR development in patients with T1DM based on “individual” diabetes onset age, duration, gender, and HbA1C. Recently, he found that higher HbA1C may reduce axial length elongation in myopic T1DM children from a comparison cohort study.

Dr. Wang has published over 130 peer-reviewed publications and is currently an editorial board member in Scientific Reports and Ophthalmic Genetics. He has authored seven book chapters in inherited retinal dystrophies, myopia, and surgical retina.

Dr. Wang’s laboratory is funded by the National Institutes of Health (NIH). Since his recent transition back to the U.S. in 2017, Dr. Wang has expanded his research skill set to include genome engineering using CRISPR/Cas9. He is developing research programs using mouse models to study the role of mitochondria in inherited retinal dystrophies, which include a unique patient-specific Opa1 knock-in mouse model and conditional overexpression knock-in mouse models. His models may have significant utility in testing therapeutic strategies to preserve vision in inherited retinal dystrophies.

Complete List of Published Work in My Bibliography:
https://www.ncbi.nlm.nih.gov/myncbi/1noFtI8vR6ZQw/bibliography/public/