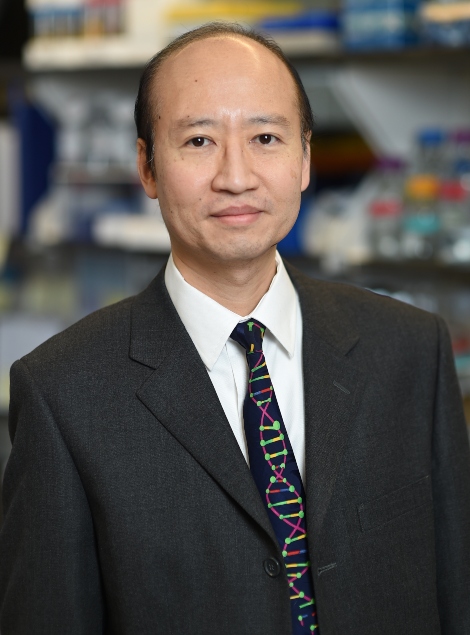 Stephen H. Tsang, M.D, Ph.D. is an acclaimed clinical geneticist in the care of individuals with retinal degenerations, and is known worldwide for his pivotal research in reprogramming the metabolome as a therapeutic avenue. His team successfully treated preclinical models of Pde6a, Pde6b, Mfrp, Rho, Cngb1 and autosomal recessive bestrophin retinopathies.

His contributions were recognized by the 2005 Bernard Becker-Association of University Professors in Ophthalmology-Research to Prevent Blindness Award. He is an elected member of several honorary societies including the American Society for Clinical Investigation, Alcon Research Institute and American Ophthalmological Society. He is consistently named to various NIH study sections (DPVS standing member 2014-8) and serves on the Scientific Advisory Panel of Research to Prevent Blindness. Dr. Tsang received 2008 resident teaching award and was the Columbia ophthalmology basic science course director (2006-2018).

Dr. Tsang has been a pioneer in genome surgery in stem cells. Most recently, he has been invited to lecture at CRISPR genome surgery workshop during the annual Association for Research in Vision & Ophthalmology (ARVO) 2015, 16, 18, 19 & 20 Annual Meetings; and as a Moderator for Gene Editing/Rewriting the Genome: Moving from Association to Biology and Therapeutics session during the 65th American Society of Human Genetics (ASHG) Annual Meeting, and a lecturer at 2015 & 2016 CRISPR Revolution conference and 2020 "Progress toward Meaningful Disease Modification in Proteinopathies and Neurodegenerative Disorders" at Cold Spring Harbor Laboratory. He delivered a keynote address for a Gordon Research Conference on Feb 16th, 2020. He serves as a consultant for Cellular Tissue and Gene Therapies Advisory Committee (CTGTAC) at the Center for Biologics Evaluation and Research (CBER), FDA {2020-4 and 2011-9}.

In his New York State supported stem cell program (N09G-302), Dr Tsang is examining embryonic stem (ES) cells to model and replace diseased human retinal cells. He is one of a handful of clinicians who can direct the full spectrum of bench-to-bedside research. PI’s research on cGMP-phosphodiesterase (PDE6) is a case in point. PDE6 defects lead to blindness in 72,000 people worldwide. PI generated the world’s first gene-targeted model of retinitis pigmentosa (a PDE6 mutant), and then used these mice to dissect the underlying pathophysiology. These studies led to novel and fundamental discoveries on PDE6 regulation of G-protein-coupled-receptor signaling and, eventually, preclinical testing in the same mice; of the different therapies tested, viral-gene therapy is slated for clinical trials. Many of his publications are in widely-read general interest journals such as Science, NEJM, Lancet, Cell Stem Cell, Nature Genetics, and Journal of Clinical Investigation, which attests to the broad impact that his work has had.

Dr. Tsang graduated from Johns Hopkins University, where he began his medical genetics training under the tutelage of Professor Victor A. McKusick. He received his M.D.-Ph.D. degrees from the NIH-National Institute of General Medical Sciences Medical Scientist Training Program (MSTP) at Columbia University. Dr. Tsang then completed his residency at Jules Stein Eye Institute/UCLA, followed by studies with Professors Alan C. Bird and Graham E. Holder on improving the care of individuals with macular degenerations.